Do you know anyone with COVID?

By Highmark,
September 17 in Current Events

Oh man.....that's tough.   Anyone with pre-existing conditions that are known to cause difficulty with COVID is absolutely foolish to not be vaccinated.   I would say the same thing with Influe 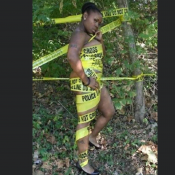 When people that rolled up their sleeves and and were ass hole deep in covid from the beginning,are now putting their jobs on the line. Should be a wake up call for everyone. Nope ,brain washed by the