By Pete,
May 16 in Current Events

I think Trump Derangement Syndrome has clouded some judgement around here.  I can understand not liking Trump not agreeing with Trump but a devide was crossed when The Democrats and there willing part

Sorry, when the Democrats in the mainstream media peddled all those bald-faced lies for the past five years, their credibility is below zero. The impeached the president over a phone call.  A phone ca 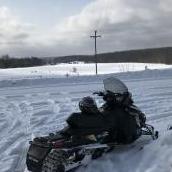 One thing I’ve noticed, I think about Biden and it makes me sad. Some of these guys seem to revel in the hate and bashing trump. Like it’s the thing that makes their day. It’s remarkable the level of