I kind of think Putin was a genius but not anymore. 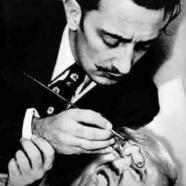 By revkevsdi,
March 12 in Current Events

Did you eat lead paint as a child?  Only the learning impaired or those missing a chromosome could believe the shit you just shoveled.

Putin and the Rocket boy pretty much hid in the shadows the last four years waiting for the present Dimwit in Chief to take over.  They were afraid that the Orange man might have the balls to put them