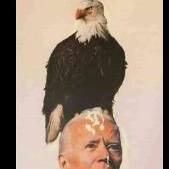 She. I go to Lucy.    I gave the girl today an $18 tip. She looked at me like I had 3 heads. I said I’m tipping for all the other assholes who are going ask for their $2 change back.