Roe vs wade set to be over turned!

By ACE,
May 3 in Current Events 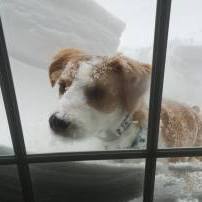 funny how selective both sides can be about what they think are state rights and where the fed government can intervene.  Personally I am pro choice and think that abortion to 20 weeks should not only

2%+/- of people get an abortion annually in the US.   What, no one expected this distraction to come up before the mid-terms?  This is how the politicians distract us from their poor job pe