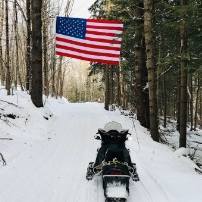 We didn’t add much but it all helps. I got a call from my trailmaster asking me to remove the barricade blocking one of trails. The SnoBees are going to try to open their trails Monday. If the riders